The University of British Columbia (UBC) is currently engaged in a research-informed pilot project for developing and delivering free, open access courses to large numbers of students. As part of this initiative, UBC is offering four non-credit courses, including a joint Game Theory course with Stanford University that started in January 2013 and currently has over 130,000 students enrolled. The other three open, non-credit courses to be offered in May 2013 include:

These courses are structured after Massive Open Online Courses (MOOCs), an emerging delivery model predicated on providing free, publicly available non-credit courses to a worldwide audience. In September 2012, UBC announced an agreement with Coursera, Inc., to deliver the web-based courses as MOOCs. UBC’s involvement with Coursera is a bold initiative. UBC joins an elite group of thirty three highly-ranked universities, including Stanford University, Princeton University, and the University of Pennsylvania, who have partnered with Coursera, a company based in the United States. Founded in 2011 by two Stanford University professors, Coursera provides more than 200 free, online courses, across a wide range of subject areas. 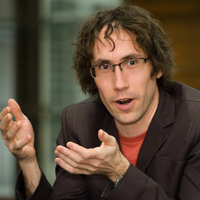 Dr. Kevin Leyton-Brown, from the UBC Department of Computer Science, is one of the instructors of Game Theory, along with Professor Matthew O. Jackson and Professor Yoav Shoham from Stanford University. Kevin notes that Game Theory is the second largest Coursera course to ever be offered, and has been accessed by students around the world. “We have analytics of where students are coming from,” Kevin mentions, “and we’ve had students log in and watch a video from 183 different countries.” Kevin also notes that a student, living in the Faroe Islands, an island that is situated between the Norwegian Sea and the North Atlantic Ocean, has been able to access information due to the free, open nature of the course. This would not be possible if the course was offered, on-campus, at UBC or Stanford University. Students have enrolled for the course from every province in Canada, with the largest amount coming from Ontario, and the second largest amount from British Columbia. This global reach interests Kevin. “This is a large, untapped group of people that hasn’t engaged with UBC before,” says Kevin. Though some of the students who are enrolled in the course are attending university, a large number are people who do not typically enroll in university courses. “What is exciting to me is that we are reaching a very different kind of student,” says Kevin. “It is pretty evident that a large number of students would not have been reached by traditional universities. It is exciting for me to find students passionate for my subject, outside of university.”

Kevin describes the Game Theory course as an outgrowth of a textbook that he wrote with one of the co-instructors of the course. “Yoav and I wrote a couple of books together back in 2009, which have become fairly standard textbooks in our area,” notes Kevin. “MOOCs are the next generation of the textbook. This is the wave of the future.” Kevin sees the Game Theory MOOC material as an extension of a textbook. “When you write a textbook you don’t tell people the only real way to read it is from beginning to end,” explains Kevin. “They will engage in it from a number of different ways. We hope this to be the same here.” Kevin also thinks that others, outside of the course, will benefit from the course videos. “I imagine them to be repurposed by other people,” he says. Already, Kevin and his co-instructors are interested in using the flipped classroom approach with the material they are creating. Such an approach inverts traditional teaching methods. Course content is delivered outside of the classroom, and class time is used to engage students through discussions and in-class activities. “My grad course at UBC is using this same material,” notes Kevin. “A lot of the material really grew out of the grad course. That’s where I made my slides.” By using the MOOC material to introduce concepts, Kevin uses his class time quite differently than before. “It is much more interactive,” says Kevin. “Teaching is moving this way and I wanted to experiment with this flipped classroom way of teaching. I did it in an undergrad course, with a textbook. Now, I want to take it to the next level with using a MOOC as a tool.”

The course incorporates a number of short, four to twelve minute videos. “The videos are about a single concept,” explains Kevin. “They are pretty short, standalone concepts. They are building blocks to stitch together the course.” Students complete quizzes at the end of each video, work through weekly problem sets and multiple choice questions, and write a final exam at the end of the course. “That’s where their grade will come from,” says Kevin. Students can also take part in online labs with other students around the world, in real time. Kevin notes that Game Theory is about how different people interact with each other, and the course uses the online lab and discussion forum to allow students to work out concepts that are brought up in the course. “We built a platform at UBC for people around the world to play games. Students are matched up with others around the world to figure out what happened. As we illustrate a concept, we tell them, go off to this game server at UBC to work on the concepts.” Kevin also uses “screen-side chats,” which are Google+ Hangouts, to interact directly with a small number of students throughout the course. Students are given the opportunity to ask questions, and videos of these screen-side chats are later posted to YouTube for others to see. “We are leveraging information technology to give people digestible information, and making it publically available,” notes Kevin. 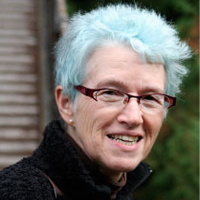 Professor Rosie Redfield, the instructor for Useful Genetics, will be offering her course in May 2013, as part of the Coursera pilot. “I am most excited about being able to teach people all over the world, with no barriers,” says Rosie. By opening her course up to anyone in the world, Rosie finds that it forces her to prepare materials that would appeal to a broader audience. With a more diverse audience in mind, Rosie plans on referencing news sources from different parts of the world. “Little things, like when talking about genetics in the news and relating it to a newspaper in Bombay, for instance, that gives students a sense that this material is really relevant to their lives.” Rosie is quite passionate about bringing new, relevant discussions of genetics to the forefront of students’ minds. “I was doing a little genetics in the news segment at the beginning of each [on-campus] lecture, [and] I found that there was so much going on with genetics. Every day in the newspaper you will see something that has to do with DNA.” With that in mind, Rosie wants her course to be useful, not just for future scientists, but also, for average citizens. “One of the goals [of the course] is to have students understand genetics well enough to explain it to their mothers or neighbours, whoever they might encounter,” explains Rosie.

For assessment, Rosie plans to use peer evaluation to provide feedback on assignments. A student will complete a writing assignment, and others will read it and offer revisions. Coursera has a built-in calibrated peer review tool, which students will be trained on, so that they can offer substantive feedback to their peers. “We are going to have, in every week of the course, an explanatory assignment,” notes Rosie. The assignments will make use of the calibrated peer review tool. “I’m going to use calibrated peer review to reinforce simple, but important messages that are coming out of genetics,” explains Rosie. For example, during one of the first few weeks of the course, Rosie wants to emphasize the genetic similarities between everyone. “Visible differences are due to a few genes that superficially alter appearance,” states Rosie. Her use of calibrated peer review will provide interesting findings for UBC. Most Coursera courses use it for one large assignment, and Rosie will be using it on smaller, more frequent assignments. Though it is already being used by a number of instructors at UBC, including Rosie herself, the sheer amount of students that will be engaging in peer review will provide interesting findings for the University.

Rosie’s course has no formal pre-requisites, though an understanding of high school level biology would be preferred. Much like other Coursera-based MOOCs, students in Rosie’s course will view video lectures and complete online readings. In addition to offering her course as a free, online course, Rosie will be providing students with access to free online resources, such as an open genetics textbook, so that they will have the appropriate information at hand for the course. “The goal is to make everything available to students,” notes Rosie.

The four-course pilot will enable UBC to conduct practice-based research initiatives and experiments, which will enhance the learning experience of students in distance, blended, and physical classroom environments. It will also provide UBC with an opportunity to explore a dynamic, rapidly evolving, teaching and learning space, and build upon its expertise in continuing and distance education. UBC’s involvement with Coursera will provide opportunities to explore the nature of MOOCs, and look at opportunities with teaching in this space. It will also further UBC’s international outreach commitments and bring the University’s expertise to people around the world. Support for this initiative is being provided by the Office of the Provost through the Centre for Teaching, Learning and Technology, UBC Continuing Studies, and UBC IT Creative Media. The Coursera pilot courses are just one of many other open initiatives that are happening at UBC. The open.ubc.ca website showcases UBC’s ongoing support for open access and open educational practices, and acts as a living catalogue of open scholarship, research, and education initiatives at UBC. For more information about UBC’s involvement with Coursera, visit: http://open.ubc.ca/coursera.